Years ago I bought I small butane torch in the hopes of making crème brûlées. It was relegated to the back of one of my kitchen drawers for lack of fuel.

A few years after that, while on vacation, I paid my usual visit to one of my favorite kitchen stores. I came upon a small container of butane that, in theory, would be able to fill my torch that was patiently waiting. The container, too, was hidden away in a cupboard.

About three years ago, I bought myself a Christmas gift – eight crème brûlée dishes. All but one remained in the original packaging.

Why, you might ask, since I had all the components for this dessert, the dessert was one of my favorites, and I made it everyday at the restaurant I worked in, would I still not have taken the plunge at home? Who can say?

But, that chapter of my baking life ended today, thanks to Mari of Mevrouw Cupcake. Mari’s selection for this week’s TWD was Dorie’s crème brûlée. After reading through the recipe, I decided to third it, and then I decided to ‘play around’ a bit. I infused the milk and cream mixture with star anise, letting it sit for an hour or so, then strained it and gently mixed it with the remaining ingredients.

While the basic recipe is very easy, I have to question the baking instructions. Yes, typically, this dessert is baked in a water bath, but Dorie’s recipe uses low heat for about an hour to create the same result. After an hour, though, my custard was still liquid, so I left it in for a longer time. Two hours, total. I think a good bit of it evaporated in that time, and perhaps I could have removed it earlier, but the description in the recipe and my actual custard didn’t jibe. I’m aware that recipes are not always foolproof and can have errors, so I would suggest an editorial revisit to this particular one to double check the baking time and temperature.

The end result was still a nice dessert, and I enjoyed the subtlety of the star anise. Since the torch is now operational, I plan on making crème brûlée again, probably using a different recipe for comparison.

Given that all the TWD bakers could personalize their desserts, it will be fun to see all the creative variations. Check it out!

yours is the 2nd TWD I've read, and you both had to cook the creme brulee a lot longer. sounds like going back to the water bath is a good idea! i love this about the group - getting so much confirmation that the problem isn't you. :)

Great how the dishes, butane and the torch came together.

I always do my crème brûlée without a waterbath and never had problems. No water bath makes making crème brûlée so much easier. Sorry that this method didn't work for you.

Yeah, mine had a bit of trouble setting up as well, but it was still tasty.

Star anise looks so good!!I wish I liked the taste of it.

Star anise sounds like a wonderful flavor for this, and I'm glad your torch is out of retirement now.

I totally agree with you, I think mine was in the in the oven for at least 90 minutes. Whatever the case, love the addition of star anise, I'll have to remember that one for the future!

Where did you find your ramekins?

I looked and looked everywhere.

star anise.. how did you guys think of that. yeh.. and i'm on a hunt for those ramekins too... Think i'm in love with creme brulee. Do you think they would be good for a xmas dinner?

That star anise is absolutely gorgeous! What a great addition!

Where did you find the ramekins? Mine were a little deep. Star anise sounds wonderful your brulee looks delicious!

It's great that you finally had the chance to use your kitchen gadgets! I love it when that happens - it justifies new purchases!

oohhh star anise. Sounds so exotic. I don't think I've ever cooked or baked with star anise so I am not sure what it tastes like but it sounds yum!
Clara @ iheartfood4thought

I'm glad I'm not the only one who had troubles with getting it to bake right! I thought it was something I did! I love that you used star anise. I bet it was delicious! Great job!

Glad you were finally able to use the torch! Your creme brulee looks gorgeous!

Star anise sounds like a great flavoring for creme brulee! You're not alone in thinking that the technique was pretty unconventional... it took FOREVER to set. Still, your end results look fantastic!

I've never made creme brulee before, so I had no idea about the water bath option. Mine was out of the oven in 55 minutes. Strange how it's so different for so many of us. It looked wonderful, though!

I made mine in little 2.5 ounce ramekins and I only shaved a few minutes off the time...so I can only imagine how long it would take to make a full cup. Glad you got to use your torch!!! It looks great.

beautiful creme brulee!! i love TWD for pushing me to use all of the kitchen tools i buy, hehe. i always have the best intentions but not always the follow through ;)

I've never used star anise. I think this is my next spice to try. Your brulee looks gorgeous! :) 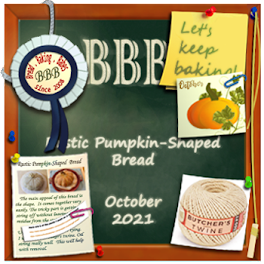