For the second November recipe for Tuesdays with Dorie, I chose to make the Apple Pandowdy from Dorie’s newest cookbook, Baking with Dorie (BWD). 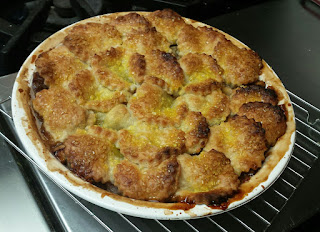 Oh my!  This was so scrumptious that it was difficult not to eat it all at once.  I used freshly picked lemons from my backyard tree, and they added so much flavor, that I never missed any typical spices.  (I’m tempted just to make a double batch of the filling and dig in.)  Playing around with different apple varieties for flavor and texture would also be The pie crust topping, of course, was delicious.  I decided to have some fun with the shape, using one of my round cookie cutters.

This is absolutely one of my favorite Dorie desserts, worthy of sharing with others. 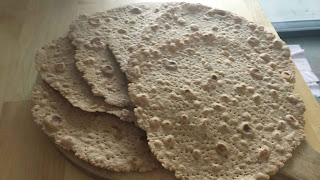 Our November Kitchen of the Month was Kelly from A MessyKitchen.  Kelly asked us to make a Swedish  flatbread, Hällakakor, which required a special rolling pin and a super hot oven (baking stones beware!).   Instead of the rolling pin, I chose to use a fork to dock the dough.  Other Babes were very creative for the docking process.

I also chose to add crushed anise seeds to the rye/whole wheat dough.  The other choices were  fennel or caraway seeds.  Instead of honey, I used some golden syrup for a change.

Once again, I had issues with the dough.  It just wasn’t right.  This time I was pretty sure it wasn’t me, and it wasn’t the yeast, since I had been baking other breads with success.  While I was rolling out the dough, my analytical side kicked in, trying to figure out the problem.  I think it was a moisture issue, meaning not enough liquid in the dough, which was very dry.  Were I to make these again, and for future doughs, I will definitely pay attention to the look and feel of the dough regarding added liquids.  I think this may have made a difference with the final dough.

That said, the flatbreads came out just fine, and no equipment was damaged in the process.  The uneaten ones were safely placed in the freezer for future consumption. 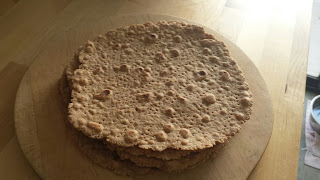 Stop by Kelly’s website to get the recipe, with photos,  and join the Buddies for a flatbread feast.

And, you must visit the other Babes to see their Hällakakor. 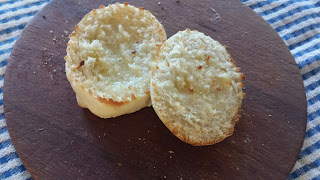 It's been quite awhile since I have participated in a Tuesdays with Dorie bake, but with Dorie's new cookbook, Baking with Dorie, I couldn't pass up the opportunity.  I can't guarantee I'll show up every time, but I will do my best as my nutrition plan allows.

Over the years, I've baked many different English muffins recipes, searching for the perfect 'one.'  At last, I have found it!  While these English muffins are simple to make, they puff up beautifully and the insides have enough rough edges to absorb bunches of melted butter.  The very first muffin looked the best, but all of them turned out well, even the odd one out, who just had to be different. 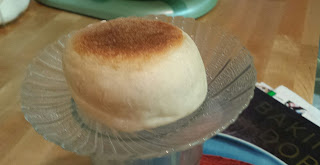 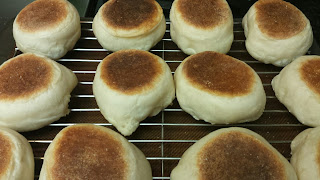 One tip:  liberal use of cornmeal will prevent sticking when transferring from cookie sheet to griddle.

As per custom, we don't publish the recipes here, although it may be lurking out in the Interweb somewhere.  Do, however, get a copy of this wonderful cookbook!  And stop by the Tuesdays with Dorie website to see what the other bakers have made. 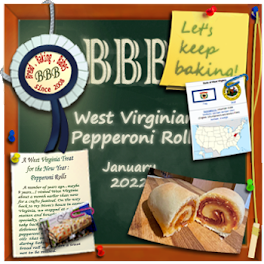