The April 2009 challenge is hosted by Jenny from Jenny Bakes. She has chosen Abbey's Infamous Cheesecake as the challenge.

Ah, but this is the Daring Bakers, where there is always a twist.

The fine print stated that our challenge was to create a cheesecake with a personal spin, using the basic recipe as our foundation. If you happen to check out the cheesecake for the other Daring Bakers, you will find an infinite number of variations, both in size and flavors.

For my cheesecake, I chose to use the natural bounty of my backyard, which at this time of year is primarily citrus.

I created a Neapolitan Citrus Cheesecake with one layer each of blood orange, lime, and lemon. Instead of the usual graham cracker crust, I prepared one consisting of ground almonds. The topping was simply a glaze of Blood Orange Marmalade.

My goal was to make a light, fresh cheesecake instead of one heavy with darker ingredients, and I was pleased with the final result.

For the recipe, take a look at Jenny's blog.
Posted by Judy at 7:48 AM

Your cheesecake is GORGEOUS! I love the citrus flavor, mine was lime, but I bet the trio of yours was fantastic! How did you make it layered like that? Great job!

The fourth picture looks like an ice cream cone.

And I have to say, that cheesecake is perfect for right now - it's getting hot hot hot!

That is the cutest cheesecake ever! And it even better using your own grow citrus fruits, thats great. I also incorporated my own garden grow jalapenos in my cheesecake.

I love the colorful layers! Would also love to know how you created the layers. Did you pre-bake each layer first before adding the next?

What lovely stripes!
Such a gorgeous cheesecake.

Your cheesecake looks so cute! Your flavors sound great, I love grapefruit!

So pretty! I LOVE the flavors and they create such nice colors. Lovely. :)

Judy, your cheesecake is just lovely! I think the combination of citrus is quite ingenious.

That's absolutely stunning! And have I mentioned that I want your citrus trees? Lucky you!

Judy how unlucky to have all those citrus fruit trees in you back yard that left you with just . . . hahaha . . . forced you to create the most incredible Neapolitan Citrus Cheesecake! That is really stunning!
Incredible what a 'simple' cheese cake can become!

I love it! How creative!

Your cheesecake layers look amazing, and I can only imagine how wonderful all that citrus flavor is. BTW, I agree with the above, the fourth photo does look like an ice cream cone..and a yummy one at that :)

Wow, that's beautiful. Reminds me of rainbow sherbet! I bet it was delicious, perfect for spring.

That is awesome! I love the tri-colored cheesecake...and the citrus flavors. HAS to be delicious!

Lovely layers of light lusciousness. Very creative. I would definitely want a piece (or five) of this one. Beautiful and delicious.

what lovely colours =) love the citrus slices on top, simple and beautiful

That is one beautiful cheesecake! I second (or third?) the question about how you made the layers. I wish I also had citrus trees growing in my back yard...

Oh wow,
what a gorgeous colors you choose, and I bet the flavours are excellent...wow
I bookmarked the recipe if you dont't mind

I'm SO late in commenting, but I absolutely love these pretty pastel layers, and I just think citrus is amazing with this recipe. Thanks for being a part of the DB challenge for April! 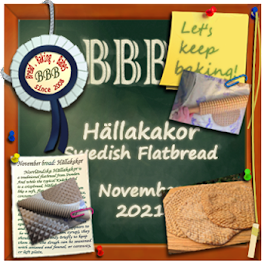