While I was growing up in the Seattle area, my family took quite a few vacations into British Columbia – Victoria, Vancouver, Harrison Hot Springs. As an adult, I’ve gone back to BC several times and have enjoyed a few visits to the Niagara region. Over the last few years, I’ve worked on a number of travel guides featuring different regions in Canada. The most recent one gave detailed information on moving to Canada, and it included a section on regional Canadian cuisine. How’s that for timing?

On one of my adolescent trips, I picked up a small Canadian cookbook, Canadian Cuisine, published by the Canadian Government Travel Bureau in Ottawa. I still have it (no surprise), so when the Sugar High Friday challenge was issued awhile back, and I discovered that the focus was on Canadian desserts, I tracked down this cookbook and searched for an interesting recipe. There was Niagara Apple-Cheese Betty, Acadian Blueberry Grunt, Ogopogo Apple Dumplings (that was a close second), and Saskatoon Pie. But the winner turned out to be a dessert I read about in the travel book – Butter Tarts.

I searched the Internet for the recipe, and, decided, in the end, to combine three of them. These tarts are like pecan pies without the pecans. Very delicious. So, for my entry to SHF, hosted this month by the Domestic Goddess herself, Jennifer, I present my version of Canadian Butter Tarts.

Pastry for one 9-inch pie

Lightly grease a 6-hole muffin pan. Roll out the pastry, cut 6 4-inch circles, and carefully fit them into the muffin pan. Refrigerate while preparing the filling.

Mix the filling ingredients together in the order listed. Pour into chilled tart shells. Bake at 400°F for 15 to 20 minutes. The filling will be lightly browned and bubbly, and tart shell will be just turning golden brown.

Cool for 10 minutes before removing from pan. Then finish cooling on a wire rack.

Some recipes add raisins or currants or nuts or both; some are just plain. I wanted to start simply, so next time I’ll add some nuts.

One of my favorite tarts is butter tarts! Yum.
Shari@Whisk: a food blog 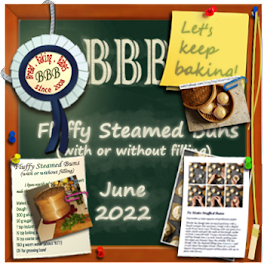