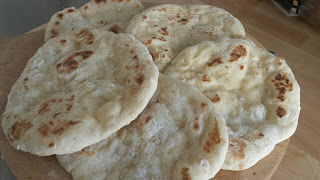 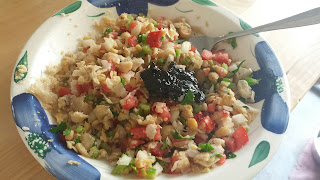 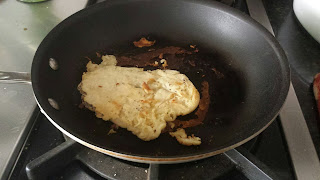 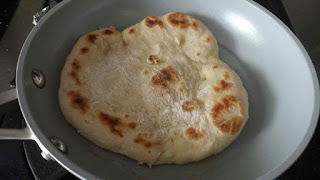 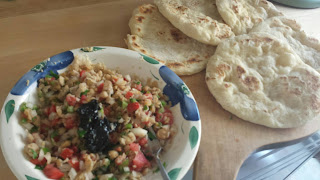 Well, you made it! Yours looks fantastic!

I don't think you messed up the challenge at all. Improvise and press on is the name of the game, right! And, I wouldn't worry about leaving off the nigella seeds, the seeds I added fell off the flatbreads anyway. ;)

Your first one may have taken one for the team, but the rest are gorgeous! My last one flipped its edges under when I plopped it down because it was a little bigger. I really need to find where I stuck my tamarind pulp!

Ha. I always suspected that "non stick" was false advertising for those pans!

As Kelly already said, the rest of your kulcha look wonderful. Nice and bubbly. And fail? I think not! We had a big discussion about whether we would include chopped cilantro and nigella seeds. We were concerned they'd fall off.

I hate it when non-stick pans stick! But the results were great with the next pan, even without the seeds....

I don't think you messed up the Kulchas really. They look quite alright to me. It's not easy when trying your hand at something completely new.
While those seeds add some flavour, a Kulcha is pretty much a Kulcha even without them.