I shouldn't be allowed to bake bread on only 3 hours sleep. Since I knew I had a long day yesterday, I had decided to get started early baking bread. The plan was to get up at 3:30 am, drive to LAX, pick up my daughter, and drive home. The Los Angeles freeways are a dream to drive on at that time of day, so it only took me 65 minutes each way. We were home just as the sun was rising.

After breakfast, I was ready to begin the bread-making process, and a simple one it was. One of my favorite breads is Casatiello, and it is the only recipe I have actually tagged in my BBA book. I was thrilled to have an excuse to bake this again, thanks to Temperance of High on the Hog, who is this month's hostess for Bread Baking Day #16. Her choice was Bread with Cheese. Throw in some bacon, and it's a winner.

I had some leftover Gruyere, bacon, butter, buttermilk, and bread flour. Isn't that all a girl needs?

And, everything went according to plan. I have two loaves of Casatiello sitting on my counter. I chose to bake it in a traditional loaf form with the thought of using it for sandwiches, should it last that long.

My only issue was the final shape. I can only attribute my lack of timing to my lack of sleep, since I felt sort of zombie-like all day. Throw in some uncharacteristically warm weather, and the end result was questionable. By the time the loaves hit the oven, the poor things were a bit overproofed, so they flattened a bit rather than sprung. Grrrr. While not perfect looking, they still tasted fine. I debated whether to consume them entirely on the spot, but decided against it. Who else would really know or care? I could just say they were meant to look that way.

The recipe I used is from Peter Reinhart's Bread Baker's Apprentice, one of my favorite bread books.

To make the sponge, stir together the flour and yeast in a bowl. Whisk in the milk to make a pancake-like batter. Cover with plastic wrap and ferment at room temperature for 1 hour.

While the sponge is fermenting, dice the meat into small cubes and saute it lightly in a frying pan to crisp it slightly.

Stir together the flour, salt, and sugar with a spoon. Add the eggs and the sponge and mix until the ingredients form a coarse ball. If there is any loose flour, dribble in a small amount of water or milk to gather it into the dough. Mix for about 1 minute longer, then let the dough rest for 10 minutes. Divide the butter into small pieces and work into dough, a few pieces at a time while mixing with the paddle attachment of the mixer. Switch to the dough hook and mix and additional 4 minutes. The dough will change from sticky to tacky and eventually come off the sides of the bowl. If not, sprinkle in more flour.

When the dough is smooth, add the meat pieces and mix until they are evenly distributed. Then gently mix in the cheese until it, too, is evenly distributed. Lightly oil a large bowl and transfer the dough to the bowl, rolling it around to coat it with oil. Cover the bowl with plastic wrap.

Ferment at room temperature for about 90 minutes, or until the dough increases in size by at least 1 1/2 times.

Remove the dough from the bowl and leave as 1 piece for 1 large loaf or divide into 2 pieces for smaller loaves. Shape and place in 1 large or 2 small loaf pans that have been lightly greased. Mist the top of the dough with spray oil and cover.

Proof for 60-90 minutes, or until the dough just reaches the top of the pans.

Place pans in a 350 degree F oven and bake for 40-50 minutes until the center of the loaves registers 185-190′F. Rotate the pans after the first 20 minutes. The dough will be golden brown on top and on the sides, and the cheese will ooze out into crisp little brown pockets.

When the bread is done, remove the bread from the oven and from the pans and cool on a rack for at least 1 hour before slicing or serving.

Thanks, also, to Zorra for creating BBD.
Posted by Judy at 10:12 AM

Ooh! Sounds like the angel on Supernatural!
Over proofing is not something we have to worry about in Canada in the winter...
I agree that those ingredients are all a bread lovin gal needs.. I assume the bottle of wine on the counter is implied.
Looks delish! I bet it would make for an awesome BLT.

I'll bet that would make an awesome savory bread pudding, as well. Or, just wallow with a pat of butter.

And your timing to the airport was astounding! 65 minutes? Unheard of!

It looks good. You can't tell it didn't rise in the oven.

That is a lovely looking loaf of bread.

Any bread you put pepperoni or sausage in is a good bread.

I love dough made with sponge or sourdough, sounds and looks great! 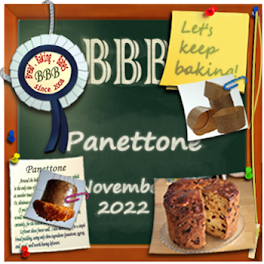